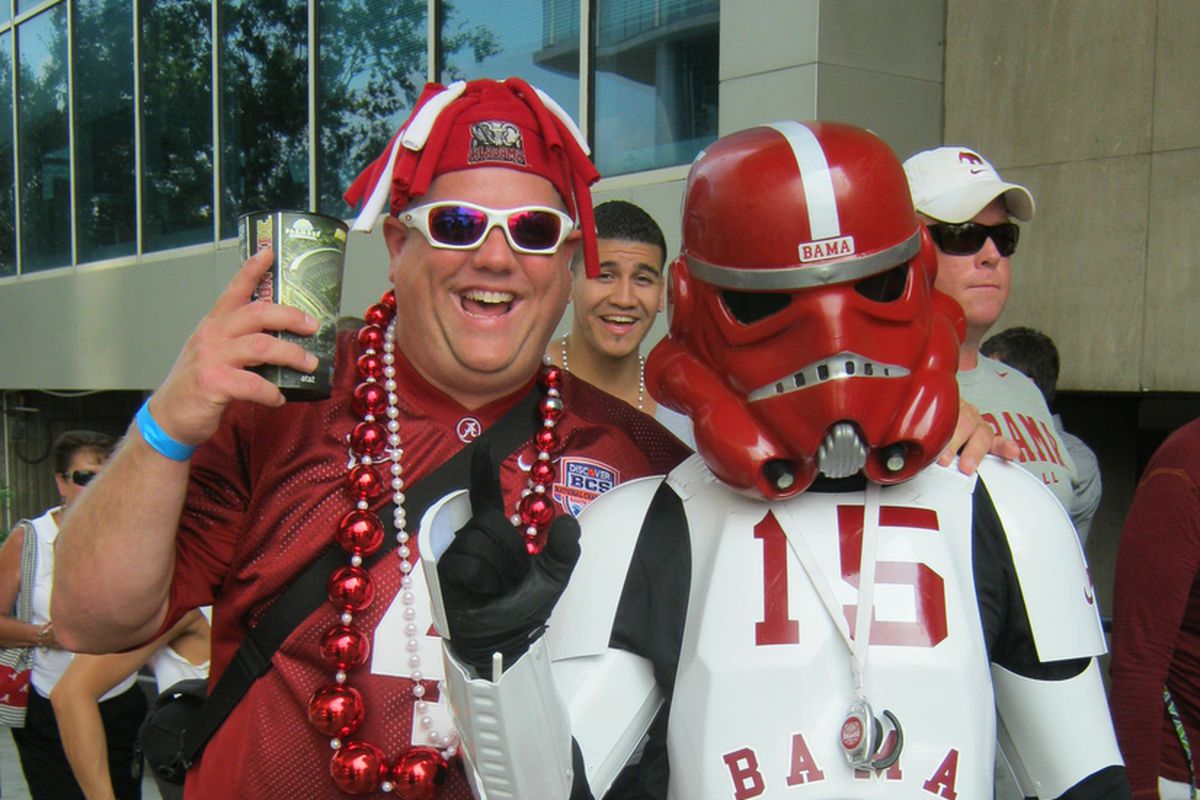 Y’all ready to get weird? Or at least a little different, depending on your perspective; that’s the question we ask every Labor Day Weekend here in Atlanta. A smaller crowd than last year when Mrs. MMT and I were downtown in the center of it all, but around 700,000 will be in town this weekend, mostly for DragonCon and the Chic-fil-a Kick off Gam

e (that’s how you get pictures like these), but also for things like another minor football game, a Lynyrd Skynyrd Concert, and LudaFamDay.

So it makes sense then, that it is the same weekend in which I host a Biblical Studies Carnival (my first hosting was Labor Day Weekend two years ago). Most of the people who are involved in the Carnivals are academics, pastors/theologians, and a few prolific writers with at least some education. I am none of those things. By day, I’m a City Planner, but by night, well…, actually, I sleep, but sometimes I try to write about Theology or the Bible, and mostly review books. I recently started a series on Thessalonians if you want to check it out. Especially since the nomination of Trump, I’ve become too caught up in the contrast between political christianity and those Christians who actually read the Bible. So, with the scholars being busy this month due to school being back in session, I’ve added a Politics section.

Well, that’s probably enough ado, let’s get to it.

Old Testament
Want to learn to sing the Hebrew Bible? Bob’s got you covered – check out Psalm 111.

Jim asks us to remember Calvin’s thoughts on Psalm 14:1.

Henry posts what he calls a slightly poetic version of Isaiah 10:1-4a.

New Testament
Phil started a series on Sermon on the Mount. I particularly enjoyed his thoughts on Jesus and the Law, which is something I’ve been interested in.

Jarrett shares some thoughts on the Mystery of the Gospel.

Scott starts a series on Revelation. I like the title of his intro ‘Not Your Father’s Book of Revelation’. My father doesn’t read the Bible, but his generation is certainly the one that emphasized Dispensationalism to my generation, which is moving away from this reading. Additionally, one of the things that moved me away from this reading was discussing with my grandfather, who likewise did not read Revelation this way.

Hal responds to Session’s use of Romans 13.

Ian discusses why Jesus came to bring division and a sword.

Theology
Brandon asks whether Origen was Athanasian or Arian.

Bernard discusses the trouble with faith.

Tim asks how should we respond to the leading of the spirit.

Jeffery has thoughts on whether God has a plan for my life.

Other
Rob is trying to put together a survey on public domain commentaries. It is an interesting project, and if you’d like to help he is looking for volunteers.

William has a review of a Mesopotamian Prayer.

Nijay has a free open-textbook on Intermediate Biblical Greek.

Christoph has some thoughts on mastering Koine Greek.

Michael asks us if it is a waste of time for seminary students and pastors to learn languages.

David asks about sin in the church.

RJS finishes posting reviews of The Lost World of Scripture.

Micheal has a quick review of Jesus Followers in the Roman Empire. He also has a great quote regarding a rapture from Gene Green, writing in his commentary on Thessalonians (which was my favorite commentary to consult).

Politics
Jim points out the irony of Evangelical idolatry.

In beautiful irony, Fox News once showed a pictured of NFL players protesting, except they weren’t, they were kneeling in prayer. Pro football will be back next week and we’ll once again be subjected to endless debate about kneeling during the Anthem. Of course, there is a long history of prayer in football, many people I know learned the Lord’s Prayer from sports. However, we’ll listen as many ‘Evangelicals’ get angry over people kneeling when they ‘aren’t supposed to.’ 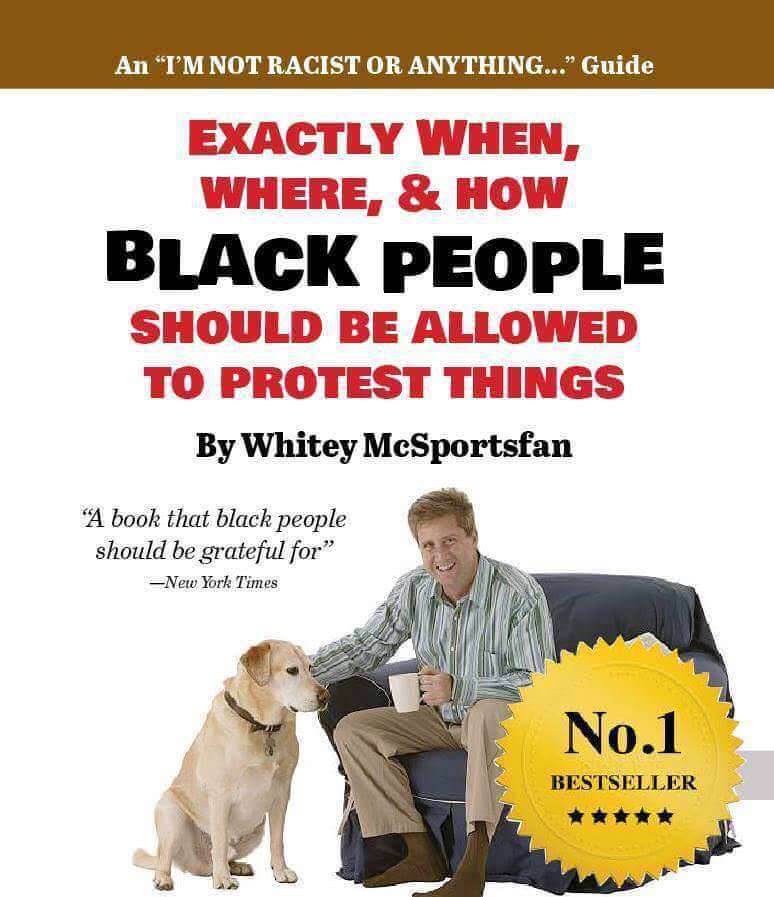 Check out John’s comments on the White House dinner with Evangelicals.

D.G. reminds us that once Evangelicals didn’t even support Giuliani.

Roger Olsen responds to the question, ‘Is Trump Our Cyrus.’ Remember, when the title of an article ends in a question mark, the answer is almost always no.

Excurses
As an American, I thought this was posted in the future. Richard has an interesting look into what he calls a ‘dialogue between biblical scholarship and Religious Education.’

Phil’s book is on sale.

Kevin DeYoung shares a few things he’s learned while working on his PhD.

This book cover made me wonder if anyone has ever seen Karl Barth and Warren Buffet in the same room.

That’s it for this month. Hope you enjoyed, even if it was a little different than usual. As a pretend theologian (my occupational hazard is my occupation’s just not around), I’m somewhat like a medieval monk – I like to read, write, and drink beer. Now that I’m down reading and writing for the month, only one thing left to do. Thanks for playing along. 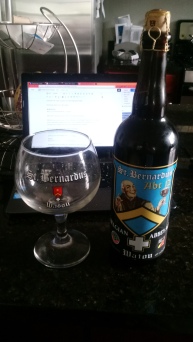 I am borderline desperate for the rest of the year!  Please contact me via email (plong42@gmail.com), twitter direct message (@plong42) or comment here in this carnival. Whether you are a relatively new blogger or you have hosted a carnival in the past, do not hesitate to contact me. October, November and December are open as of July 1. It is not too early to volunteer for a 2019 carnival.

Borderline is clearly an understatement if I’m hosting again, but  it goes legit again the next month with Jim. Like I said earlier, the carnival is mostly hosted by scholars and students, but there are a few pastors and at least one completely pretend internet theologian that has hosted in the past. If you are interested, hit up Phil and get some more info.

*All pictures, except my beer, stolen from google image search/reddit. Please @ me if they are yours and you want attribution or removal.