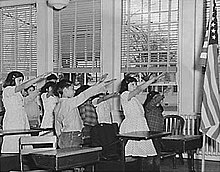 I’ve been rambling for a few weeks about Christians and money, it started when I was flagged on my taxes for giving ‘too much’ money to charity, then I jumped to budgeting and how poor most of us are as stewards of what God has given us, before finally getting to my originally planned post about what to do with an abundance or living with plenty. The logical next step in the progression is to talk about Christians and retirement (as it is practiced in most of America), as that is kind of the end of money. Instead, I’m going to take a bit of tangent and talk about money in marriage.

I listen to a few personal finance podcast, and one of them has a recurring type of episode called, ‘Ask Paula’, where the host respond to emails, voicemails, etc., often with a guest host to help weigh in. On this particular episode, the guest was a relationship expert and one of the callers had a question about handling money with her boyfriend. She was a pretty high earner with a good savings rate, and he was a low earner with student loan debt. They had no religious or cultural reasons to get married, and didn’t plan on having kids. They lived together and planned to spend the rest of their lives together. Her question was, should she pay off the remainder of his debts.

Astoundingly, neither of the host thought it was a good idea (well, with some caveats; one of the way in which the caller suggested to help pay off debt, the host said she wouldn’t recommend doing that in general, let alone this situation and the guest hosts recommended against paying off the debt, unless she had some sort of contract or at least realized that she might just be throwing money away, but it if felt good, then do it.) Now, the host, as far as I can tell, is non-religious and it didn’t seem the guest host was either, regardless, this was a personal finance expert pairing with a relationship expert to give advice about money in a relationship. So, my point isn’t they should be married, covenant, lack of commitment, blah, blah, blah, because the fact is, many married people, even Christians (you know, those who are ‘one flesh’) have this separated view of money.

As a quick aside, I will say I disagree with the hosts, but from a practical reason. If you really do spend your entire life with someone, and you both hit 70, it isn’t actually like one of you has saved well while the other is broke. When he doesn’t pay is part of the rent, what will you do, kick him out? If you have savings, but she is debt, and you want to take a vacation, but she can’t afford the plane ticket, are you going alone? That would be the logical conclusion; I really don’t understand what people are thinking.

However, I see this is marriages, and with Christians, constantly. It just happened this past Sunday, I was telling a guy about the general rule that you should save 15% of your income. His first question, ‘is that 15% each, or just one of you?’ Well, you each want to retire, right? But the bigger issue, is he had the focus on each. The income between the two of you is your income. You are supposed to be one. If you have an income of $100K, you need to save $15K total, period. It doesn’t matter if one person makes three fourths of that, all of it, half of it, or none of it. Like I said above, what good is it for you to save and your spouse have nothing? The money needs to be viewed as one, not two pots contributing to one. We have a situation where Mrs. MMT doesn’t have a 401(k) at work. We make similar incomes, so I save almost 30% of my check, while nothing is taking from her. It doesn’t matter, though, all our paychecks go to one account and we pay all the bills from it, and we have a monthly budget based on that income.

Not everyone sees it that way. A guy at work is in the same situation. He was asking me about investing one day, and mentioned he only did 7%, as this was what was required to get the match. As I tell everyone, I told him he needed to put in 15% and his wife needed to be doing the same. After telling me his wife doesn’t have access to a 401(k), I told him he needed to double up. His response was, ‘and then she just gives me some of her money, so I have something to spend.’ I told him, you are married, there is no ‘his’ or ‘her’ money. See, they had two different bank accounts, and they split their bills. I think she paid for their rent, and he would transfer money to her to ‘cover his share’. That is a roommate. That isn’t marriage, at least as we see it from a Christian world view.

If you look at the relationship and finance expert opinions, they typically see three different ways to handle money in relationships. One is the roommate plan, where you have two different bank account that ‘your’ paycheck go into and one person pays bills with the other person ‘paying them back’ or splitting up the bills. My parents actually do this. They’ve been married 30 something years, and I’m pretty sure they’ve never had a joint account. On the other end of the spectrum is having just one account. All the paychecks and money go in, and all bills are paid out.

The latter is clearly preferable, as you really need to look at everything as one. However, there is middle ground approach, that might be alright, depending on how you use it. The third option people talk about is a hybrid, where you have a joint account and your separate account. Practically, that is one idea, but I’d split it up as to how you use it and it all depends on that joint account. If you have your own paychecks go into ‘your’ account and then move money over to pay the bills, you are just technology efficient roommates, you still aren’t one. However, if you have a joint account where everything goes in and out, but have separate accounts that are individual spending accounts, I think that can be alright. Sometimes this just happens practically.

When the Monday Morning Wife and I were first married, we had already been working and had out separate accounts, so we went to the bank and set up one joint account. The original individual accounts acted something like an allowance, but mainly we didn’t want to close accounts before buying a house, because you need credit history. My account consistently had problems after Wells Fargo bought out Wachovia, so we did close it, but Mrs. MMT’s old account become her music business account.

I can see the appeal of keeping the one pot with the two original, but eventually it gets to complicated and if you don’t need the credit history, you might as well fully merge. We are just an individualistic society that it is hard to not want to have our own money. Once we moved to one account, we budgeted an ‘allowance’ for each of us, that way we could have some free spending that we didn’t have to think about. We eventually dropped this practice as well, as after a few years, her budget was negative on near monthly basis and I had, well, about a few years’ worth of the budget there. Actually, in the interim, we just made a budget line called Mrs. MMT, but we’ve left that as well.

In the end, if you are married, you should have on account and not view things as ‘mine’ or ‘yours’. God says have become one flesh, so there is not more his and hers, there is just your family budget. You need to budget together, plan your spending, saving, and giving together. Not only from the practical standpoint of what will you do 50 years from now, but from the spiritual element as well. If you are committed to your family, you need to be 100% committed, and act as one.