When Phil first contacted me about hosting a Biblical Studies Carnival, I expected him to ask for a credit card number or tell me about his friend, a Nigerian prince. I hadn’t come across a Carnival yet, though I had seen (and even followed) most of the blogs/posts that were featured in the series. After checking it out, I became excited to host.

While most hosts are professors or PhD students, I’m more of a pretend theologian. I’m also someone who’s closer to a book reviewer than a BiblioBlogger. And so this Carnival might be a bit different than what you’re used to reading.

If you are interested in hosting, almost all of 2017 is open, simply contact Phil. Check out last month’s carnival, and look for the upcoming hosts:

Biblical Studies
James offers some short thoughts on the problems with YEC.

If you like Young Earth, there’s great fun for you at Noah’s Ark.

Related, Peter Enns on getting the Noah Story correct.

Craig asks why Genesis 36 is about Esau.

Bob explains his thoughts on reviewing the ‘raw data’ of the Old Testament. He also shot me one just under the wire look at Isaiah 38.

Cluade Mariottini writes that Judges 19 might be one of the most misunderstood verses in the Bible.

Interesting article about the Chinese church and interpreting the Old Testament. Beware, this is a wall of text.

Phil gives us an intro into 4 Ezra, look also for his write-ups on the seven visions of Ezra.

Jeff thinks that maybe Jesus was a rude dinner guest.

Reasons why 1 Timothy is not so simple to translate.

Peter Gurry with some thoughts on the textual variances in Revelation 2:13.

The Bible is not a book of promises.

RJS say literal reading, please, depending on what you mean by literal.

Will Brown has some info on the Apocalypse of Adam, which I didn’t even know was a thing.

Church History/Historical Theology/Theology
St. Patrick had mixed manuscripts based on his use of the Great Commission.

Beck has a few thoughts on the origins of Hell.

Matt Emerson notes an issue with the Vincentian Rule and Christ descending into Hell.

Jennifer reviews the Cultural Background Study Bible, concluding that it is a great resource for people lacking in historical/ANE Worldview knowledge.

Scott McKnight reviews The Charity: A place for the Poor in the Biblical Traditions.

Pete Enns reviews The Early History of God: Yahweh and the Other Deities in Ancient Israel.

Jill Firth reviews the Book of Genesis from the Bible in Medieval Tradition series.

John reviews Finding God in the Waves: How I lost My Faith and Found it Again Through Science. Great quote from the article-

But this book will not appeal to most orthodox believers. It is not a simplistic de-conversion/conversion story—the spiritual equivalence of boy loses girl, boy gets girl back. It’s a lot messier than that—more like boy gets girl back…but discovers he’s also got an STD.

Not quite a book review, more of a preview of an upcoming book on Augustine.

Also not quite a book review, but the author guest-posting about his book Q in Matthew.

I guess I can shamelessly plug my review of the second edition of Four Views on Hell.

Calvin reviews a book by Servetus.

Misc
Karl Barth was not a fan of the Olympics, or sports in general, it seems.

McKnight on what Grudem should have said.

Some new research out from LifeWay has some surprising results.

A new card game, The Cannon, is coming soon, in case you need to have fewer friends.

Finally, a fellow Atlien reminds us of the importance of a well-worn Bible. 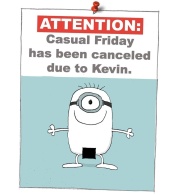 Hopefully, I didn’t veer too far off track or ruin anything (as occasionally happens when I get involved). It was certainly an interesting task to host one of these. I found many really cool articles (sorry, I couldn’t post them all) and discovered great sites that I had never come across. Sorry if I misspelled your name or misrepresented your articles. All errors are those of my editor. Thank you so much to those who sent me articles to post. Thanks for playing along.

Reminder if you’d like to host anytime in 2017, contact Phil (twitter or email – plong42@gmail.com). It is an interesting challenge. Do it. I know there are more BiblioBloggers out there.